Insatiable
Allison Argent was the daughter of hunters Chris Argent and Victoria Argent and a main character on MTV’s Teen Wolf.

Her family life was difficult. Her mother was given to fits of rage, and her father was over-protective while Allison had a bit of a rebellious streak. Allison was an accomplished archer and gymnast and knew nothing of her family's secret hunting of supernatural creatures.

Allison struggled with her self-confidence and berated herself every time she felt helpless and weak.

When they arrived in Beacon Hills, she made friends with Lydia Martin, Jackson Whittemore, Stiles Stilinski and became romantically involved with Scott McCall. Her aunt, Kate Argent had revealed the family secret and she learned of her boyfriend's werewolf nature.

She was left at a crossroads between her family obligations and her friends, particularly Scott. After dealing with grief from her mother's death, Allison decides to break-up with Scott and spend the summer in France with her dad.

When they returned to Beacon Hills, they tried to put their hunting days behind them. However, the emergence of The Alpha Pack and the Darach had them fight once more. Allison then instilled a new code; "We protect those who cannot protect themselves."

Following her sacrifice to ignite the Nemeton and save her dad, she suffered hallucinations of Kate before closing the door to her mind by embracing her confidence. When a Nogitsune possessed Stiles, she helped find a way to save him.

During a skirmish with Oni, Allison is mortally wounded and, in Scott's arms, confesses that she still loved him before dying.

Allison moves to Beacon Hills and gets caught up in family secrets and the supernatural. (Read More...)

Allison falls under the influence of her psychotic grandfather after her mother commits suicide. (Read More...)

Allison helps track down the Alpha Pack and secretly aids Scott and Stiles in their efforts to protect Derek Hale.

She begins a relationship with Isaac Lahey and gives her life trying to rescue Lydia from a Nogitsune. (Read More...)

When the surviving members of Scott's Pack sign their names on a shelf in the school library, Scott signs her initials along with everyone else as a tribute to her. (Creatures of the Night)

She also appears in flashbacks during the season such as Lies of Omission, A Credible Threat and more prominently in Apotheosis where Sebastien Valet sees her through Scott's memories and mistakes her to be his sister, Marie-Jeanne Valet.

The name Argent is an evolved version of the Latin term argentum which means “silver”. Argent also means silver in French.

Within Teen Wolf, the legend that "silver kills werewolves" refers to the family called "Silver" not the metal.

The Argent Necklace is a silver pendant which is an old family heirloom of theirs. It once belonged to Kate Argent then she gave it to Allison Argent as a gift, telling her to look it up if she wants to learn more about her family.

It has the Argent family crest on it, a snarling wolf and arrows.

Adrian Harris saw Kate wearing it the night they met in a bar, it's the only thing he remembers about her.

The necklace appears again in Season 3 during a flashback in Motel California when Alexander Argent shot himself so that he would not become a werewolf.

Scott and Allison get caught

Embraces Scott as a wolf

Visiting Lydia at the hospital

Scott says he loves her

Tasers Scott after he scares her 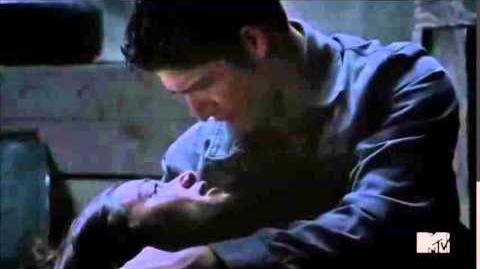 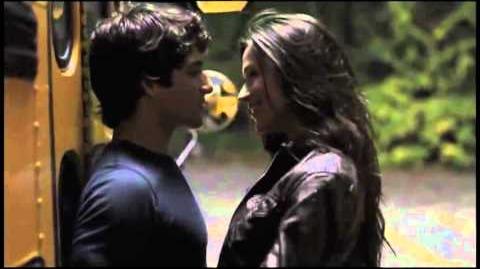