View source
watch 00:57
Who is Jackson Whittmore?
Do you like this video?
Play Sound

Jackson Whittemore was Scott McCall's high school nemesis in Seasons 1 and 2. He returned to Beacon Hills from London in the second half of Season 6 to fight Hunters led by Tamora Monroe and Gerard Argent.

Jackson is portrayed by Colton Haynes.

Prior to the events of Wolf Moon, Jackson was the top athlete at Beacon Hills High School and was in a long-term relationship with Lydia Martin.

He was born on June 15, 1995. His birthday is the day after his parents, Gordon and Margaret Miller, were killed in a car accident. His mother was apparently kept on life support long enough for doctors to deliver Jackson via C-section.

Jackson was then adopted by attorney David Whittemore and his wife. His father says his son hasn't said "I love you" since learning he was adopted and that the circumstances of his parentage cause the teen to labor under self-imposed unrealistic expectations.

Jackson is to get a large insurance settlement connected to his bio-parents' death when he turns 18.

He suffered from emotional and mental issues that corrupted his transformation into a werewolf and instead became a Kanima. Only when Lydia said she loved him did his conflict get resolved and he became a werewolf.

After training briefly with Derek Hale on how to control himself as a werewolf, Jackson moved to London where he entered a relationship with former Alpha Ethan. Gerard Argent managed to lure him back home with a threat to all supernaturals worldwide.

During lacrosse practice, Scott injures him and later tries to sabotage his chances of scoring points for the team. (Read More...)

He joins Scott and Allison Argent on a double date with Lydia where he lets Scott know he's still figuring out what his secret is. (Read More...)

Jackson comes across Derek Hale in school, and, when he confronts the wounded werewolf, he was scratched on the back of the neck. (Read More...)

He and Lydia are nearly attacked by The Alpha Werewolf and Derek visits him in the locker room to learn more about the incident. (Read More...)

He watches Scott and Stiles Stilinski on the field during an exercise and witness Scott break tight bonds on his wrist at incredible strength. (Read More...)

He is trapped in the school with Lydia, Allison, Stiles, and Scott when the Alpha attack. A deep growl from The Alpha caused Jackson intense pain and which led to him collapsing. (Read More...)

After a date with Allison, he discovers a claw embedded in his SUV and connects it with the odd holes he found in one of Scott’s lacrosse gloves. (Read More...)

He deduces Scott is a werewolf and tests his enhanced hearing. He threatens to expose the secret and take Allison unless Scott helps him become a werewolf too. (Read More..)

Chris Argent tampers with Jackson's car in order to force a breakdown as an excuse to approach the boy and question him. Derek wants to get Jackson out of the way so that he cannot expose Scott, but Scott intervenes. (Read More...)

Scott forces Jackson to take Allison to their formal dance since he's not allowed to go. While there, Jackson drinks, and sees red lights in the woods. Thinking it's the Alpha he begs to be transformed. Instead, it is Chris Argent. (Read More...)

Jackson helps Lydia get aid for her injuries. Then he helps Scott, Stiles, Allison, and Derek defeat Peter Hale, the Alpha Werewolf. He then goes to the Hale House to ask Derek for the bite. (Read More...)

Derek bit Jackson but his body rejects the bite for unknown reasons. The rejection causes a black viscous liquid to ooze from his ears, and nose. (Read More...)

Still thinking he would become a werewolf, he tried to film himself shifting on the full moon but got several hours of footage of himself sleeping and still very much human. (Read More...)

He goes to Derek looking for answers but finds Chris and the Hunters instead. Chris suggests he stop trying to become a werewolf. That night on the lacrosse field his truck is stuck in the mud. In a moment of frustration he lifts the truck almost completely off the ground. Read More...)

He asks Danny to enhance the recording of him sleeping during the night of the full moon. Danny, with the help of Matt, finds 2 hours of footage missing from the recording. (Read More...)

Derek feeds Jackson kanima venom to see if he is the creature. Jackson is paralyzed suggesting the venom did not come from him.  Later, Jackson transforms into a Kanima and meets with someone in a car on a deserted road. (Read More...)

Jackson, in kanima form, fights Derek and is shot by Chris Argent. He then paralyzes several people, including Danny, at a gay dance club called Jungle. Stiles, Scott and Allison kidnap him and lock him in a Sheriff's van. He remembers nothing about being the kanima. (Read More...)

Jackson secures a restraining order against Stiles and Scott and swallows a large snake. He fights with Allison and Scott and attacks Matt and Erica at school before scrawling a warning on the library chalkboard. (Read More...)

Jackson, controlled by the Kanima Master, attends a secret rave party to to kill Kara Simmons. Stiles, Erica, and Isaac attempt to drug him with ketamine and surround him with Mountain Ash. The master speaks through him saying his victims were murderers who killed him. (Read More...)

Jackson warns Lydia that she doesn't want him at her birthday party. At the party, Jackson hallucinates that two faceless people are looking for him because, they say, they are his real parents. He saves Matt from drowning in the pool. (Read More...)

When Matt captures people at the police station he is mostly in kanima form killing everyone Matt wants him to. Later, when Gerard kills Matt, Jackson becomes his tool of vengeance. (Read More...)

At the lacrosse game, Jackson warns Danny if he begins to act weird on the field, he is to run away. Later, the game ends and the lights go out. When they come back on Jackson is lying on the field; not breathing. He apparently clawed himself in the chest. (Read More...)

Jackson appears to be dead, but, when Melissa McCall opens the body bag, he is encased in a clear cocoon and begins twitching. Once he revives fully, Gerard uses Jackson to attack. Once Gerard is incapacitated the Kanima is free of his influence. With Lydia's help, Jackson is able to revive and complete the transformation to werewolf. (Read More...)

Lydia explains that the doctors looked like total idiots after he turned up alive (since he “died” in Battlefield). She says Derek taught him the "Werewolf 101" like how NOT to randomly kill people during the full moon. Lydia says his dad moved him to London. She makes a joke that an “American werewolf in London” will be a disaster, a reference to the 1981 film of the same name. (Read More...)

Jackson is again mentioned when Stiles is trying to convince his dad that shapeshifters are real. Stiles succinctly sums up Jackson's situation, "Jackson was the Kanima first then Peter and Derek killed him and he came back to life as a werewolf and now he’s in London." (Read More...)

Jackson is mentioned again when Derek and Chris are in jail discussing the situation in Echo House.

Jackson and Ethan have been dating for a year and live in London. After a run-in with hunters, they return to Beacon Hills. (Read More...)

While locked in the Armory, Jackson escapes his handcuffs after luring the guarding hunter in, and attacking him with his Kanima tail. Afterward, he reunites with Lydia. (Read More...)

Jackson discovers the Video Store body in The Tell

Jackson hides from The Alpha in The Tell

The Alpha checks out the scratches on Jackson's neck

The Sheriff wants answers after Lydia is attacked

Stiles and Jackson in Code Breaker

“I've decided to drop some of the dead weight in my life, and you're about the deadest.” — Jackson to Lydia in Wolf's Bane. 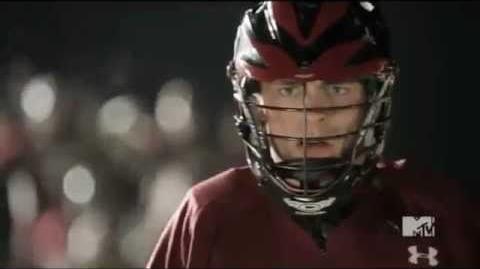