View source
watch 01:33
Wiki Targeted (Entertainment)
Do you like this video?
Play Sound

He had an interest in photography and in Allison. He was also on the BHHS Cyclones’ lacrosse team.

Just before he was killed, he had begun to develop Kanima-like scales along the left side of his abdominals. No actual explanation for this is given.

Within the show, characters speculate that Matt somehow broke the rules of the Kanima by killing someone himself and was paying a price for that transgression.

In 2006, Matt was at the home of Isaac Lahey to see a rare comic book when he was thrown in the pool by Isaac's brother Camden.

Camden Lahey and the other members of the 2006 BHHS Swim Team had just won a State Championship and were celebrating. Matt says they were drunk and that their coach, Isaac and Camden's father, was fully aware that alcohol was being consumed at their home.

As Matt, who could not swim, flailed about in the pool, he took note of the numerous swim team members who were just standing around laughing while he is drowning.

Matt lost consciousness. He was revived by Coach Lahey who berated him for not being able to swim and warned him never to tell anyone.

Matt kept the secret which resulted in recurring nightmares of drowning followed by shortness of breath. His parents, thinking he suffered from asthma, bought him an inhaler.

For the rest of his life, Matt blamed the members of the swim team and their coach for all his personal failings. Once he had access to the Kanima creature, he set about killing all of them. (Read More...)

He shows up as part of the press corps at Kate‘s funeral. After crossing the police line, Gerard takes Matt's camera and destroys its memory card. (Read More...)

He reluctantly rented Jackson one of his video cameras which Jackson used to film himself on the night of the full moon. (Read More...)

Matt continues to help Danny restore Jackson's video. He notices that his photos of Scott feature an odd eye glare which he thinks is a digital glitch. (Read More...)

Matt is caught up in Scott and Jackson's fight in the locker room. He discovers the hunter's bestiary on Allison's Galaxy Tab and emails it to himself. He is disabled by the kanima in the library. (Read More...)

He takes Allison to a secret rave party where they see Mr. Harris and Matt tries to make out with Allison. (Read More...)

After the rave, Allison drops Matt off at home. He leaves his camera in the car and she discovers a number of stalker photos of herself. Matt later appears to be the Kanima Master. After learning Matt can't swim, Scott sees him with the kanima after Lydia's party. (Read More...)

Matt became the Kanima Master by accident while spying on Jackson on the night of the first full moon.

On the night of the second full moon, he takes Scott, Stiles and Sheriff Stilinski hostage at the Sheriff's Department and forces them to destroy all the evidence that he is responsible for the string of recent murders. He explains that he killed them because he almost drowned during a pool party at Coach Lahey's house back in 2006 and blames the team for his troubles.

He has Jackson kill all the department's employees, locks the Sheriff and Scott's Mom in the cells, shoots Scott in the gut and terrorizes Allison, Derek and Stiles. After the hunters attack the building, Matt slips away but is confronted by Gerard who kills him by drowning him in a shallow pond. (Read more...)

A search of his home after his death turned up a number of photoshopped images of Allison Argent. He had digitally placed himself into the pictures in various poses. Some showed him kissing Allison while others showed them holding hands. (Read More...)

His death is brought light once more by Sheriff Stilinski in an attempt to convince Tamora Monroe of Gerard's true nature. (Read More...) 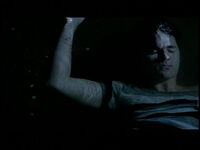 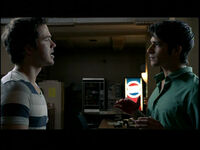