Scott McCall is the primary protagonist of the TV show Teen Wolf. He is the son of Melissa McCall and Rafael McCall, Scott is a bitten werewolf.

The character is played by Tyler Posey with actor Steele Gagnon playing young Scott in the episode Required Reading.

Initially frightened by his new abilities, Scott sought to cure himself. He's since embraced his supernatural nature and attempts to use his abilities to protect his friends and family against supernatural threats. He is aided by his Teen Wolf Pack which range from human like his best friend Stiles Stilinski to many forms of supernatural creatures like like his first bitten Beta Liam Dunbar.

His family life was shaky as his father drank excessively and fought with Melissa constantly, if not cheated on her according to Elias Stilinski. One night, Rafael, in a drunken rage, he accidentally knocked Scott down the stairs. He came to with no memory of the incident. It was the last time his father took a drink and he left the family the next day leaving Scott hurt and angry for years.

He appeared to also have a dog named Roxy. While walking her, he and Roxy were attacked by another dog and Roxy appeared to protect at the cost of her life. At the hospital, he clings the bloody leash is looped around his arm and as Melissa breaks the news that she didn't make it. (EDITOR'S NOTE: Whether this is the reason for Scott's asthma is unknown.)

Scott lacked athletic skill and required a rescue inhaler to treat his asthma. When he is bitten by Peter Hale, the transformation into a werewolf made him into a superb athlete and also cured his asthma. Scott also had an after school job at the Beacon Hills Animal Clinic as an assistant to his mentor Dr. Deaton who also happens to be a Druid and advised him on how to handle threats as well as life.

With help from Stiles and Derek Hale Scott learned how to control his abilities and overcame Peter's bloody vengeance, Hunters and a Kanima before becoming an Alpha by force of will.

He developed a close relationship with Allison Argent even after the were no longer romantically involved with each other. Even after her death, Scott still cares for her and his memory of her saves her from the wrath of The Beast of Gevaudan.

Throughout Season 3, Scott seemed to possess physical characteristics beyond those of a Beta Werewolf although he was not a member of a traditional pack and was therefore technically an Omega.

Scott's eyes, on a number of occasions, turned from yellow to Alpha Red.

Dr. Deaton says this is because Scott is a "True Alpha" meaning he can attain the status by strength of character instead of taking the status by killing another Alpha. True Alpha's are exceptionally rare, only happening once in one hundred years.

In the Season 3 Mid-Season Finale, Scott fully attains the status of Alpha. A few months later, at the end of Season 4, he has mastered the monstrous strength that comes with it.

Scott is bitten by an Alpha werewolf and tries to adjust to the pressures of a high school crush while pursued by The Alpha Werewolf. (Read More...)

Scott tries to protect his friends when Jackson transforms into a Kanima. He manages to thwart Gerard's plans with Mountain Ash. (Read More...)

Scott defeats the Darach and the Alpha Pack and becomes a True Alpha.

Scott saves Stiles from a Nogitsune but loses someone he holds closest to him in the process. (Read More...)

Scott creates his first Beta and goes through an internal struggle with the question of whether he's an Alpha or a monster while also forming a relationship with Kira Yukimura. (Read More...)

Scott encounters Theo Raeken who attempts to take his pack and Alpha status.

Scott gets the pack back together to stop the Dread Doctors and The Beast of Gevaudan. (Read More...)

After three months of Beacon Hills being safe from supernatural attacks, Scott comes to the conclusion that the town is no longer in need of his protection, but is quickly embroiled in a bizarre case of a lost child, his missing parents, and mysterious horsemen. (Read More...)

Scott calls Malia and Lydia out to the Beacon Hills Preserve, telling them about the night he was bitten. Certain things don't add up, like how he knew about the dead body or how he got to the preserve. He knows it sounds crazy, but he think he had a best friend that came with him that night. (Read More...)

Scott, accompanied by Malia and Lydia go to visit Elias Stilinski despite the Sheriff's disapproval. Scott explains that they're looking for someone named "Stiles", however, he suffers from dementia, mistaking Scott for his son. (Read More...)

After failing to convince several students of the dangers they face by playing in the lacrosse game, Scott is forced to play in order to protect them. However, he fails miserably as each student is taken by the Ghost Riders. (Read More...)

Scott is forced to give up his last $50 in order to prevent Stiles jeep from being towed. He becomes slightly more aggressive when the tow truck driver returns to take it anyways. (Read More...)

Scott, Malia and Lydia prepare to leave Canaan after a failed attempt to figure out what took place. However, Lenore prevents them from leaving, not even Scott's werewolf strength is enough to break through the locked door. (Read More...)

Scott insist Liam remember all the awful things Theo has done. He wants to find Stiles but he wants to do it with someone they at least trust. They don't have time for mistakes. (Read More...)

Scott calls his mother's phone repeatedly only to receive the same voice mail as the number is no longer in service. Malia tells him that Melissa is gone but she's still alive, so they can save her. (Read More...)

Scott enters the cooling chamber, hoping that this will allow him to remember Stiles, thus opening a rift. The effects of the chamber begin to take effect almost immediately, as his eyes glow. (Read More...)

He is reunited with Stiles and together they find a way to send the Ghost Riders out of Beacon Hills. Later, he and Stiles drive off after finishing high school. (Read More...)

Scott and Liam follow a wounded wolf from the lacrosse field into the woods. They find an entire pack of dead wolves. After Lydia's vision, he realizes they can't leave Beacon Hills as planned. (Read More...)

Under the influence of fear and flashbacks, Scott hallucinates being surrounded by a number of hunters and attacks Noah by mistake. He and Malia seek out Chris Argent for help tracking down the hunter responsible for Halwyn's apparent death. (Read More...)

Scott, Liam, Malia, and Lori searched both the woods and the tunnels for Brett upon learning that he was being hunted. During which time, Scott was badly injured. Sadly, he didn't make it back to his feet in time to save Brett. (Read More...)

Scott arranges a peace summit in the tunnels with Ms. Monroe. He hopes to bring an end to the war before it can truly begin. This proves to be a foolish decision as Monroe had no desire for peace (Read More...)

Scott does everything he can to keep runaway werewolves from Tamora and her Hunters until his father convinces him to leave town. However, he and the pack pretended to leave so they could prepare to fight back. (Read More...)

Scott and Malia break into Gerard's armory in order to steal his weapons before he returns. However, they discover that the weapons are gone, and that they have walked into a trap. (Read More...)

Scott and Malia search for a pack of werewolves known as the Primal to help in the fight against Gerard. However, they discover that they're all dead. (Read More...)

Scott and Liam attempt to get Mrs. Finch to expose her possible supernatural side after learning of a phone call she made to the Primal werewolf pack. (Read More...)

He goes to Deucalion to learn to "fight blind" so he can fight the newly merged Anuk-Ite. (Read More...)

Scott claws out his own eyes while fighting the Anuk-Ite. During this fight, it takes on the appearance of several past foes; a Berserker, an Oni, a Dread Doctor, and Void Stiles. (Read More...)

After Scott McCall was bitten by Peter Hale, he had Stiles and Derek to help him understand his changes. Eventually, Allison and Lydia joined it and became clear that Scott had a pack in the making.

Since becoming an alpha, Scott has been slowly building his pack with the addition of Kira, Malia and Liam, his first Beta werewolf. While over time the members of his pack have changed, the goal of this pack remains the same, to protect their town.

Scott transforms during the full moon

Scott is called by the Alpha while in bed

Scott in werewolf form during the full moon

Scott gets shot at during his first full moon

Scott gets advice on love from his mom, Melissa

Scott is confronted by Peter Hale, the werewolf that bit him for the first time.

Scot's boss, the vet, tends to his gun shot wound

Derek tells Scott about the Alpha who bit him

Scott & Allison on their First Date

Scott on the bus in Pack Mentality

Scott in class during Lunatic

Scott on the Lacrosse Field in Heart Monitor

Scott and Allison on her rooftop in Code Breaker

Scott as a baby boy

Scott shows Kira who he is 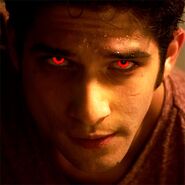 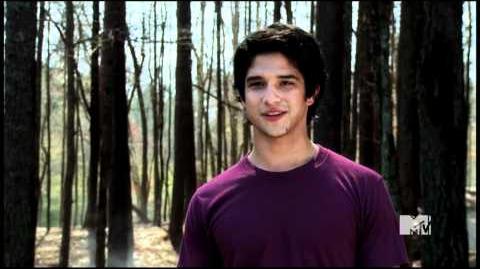 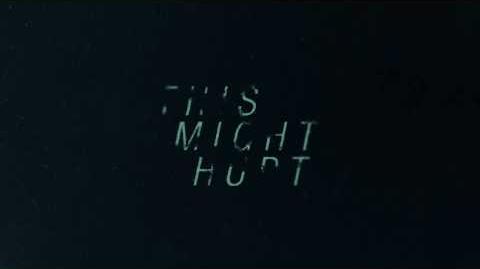