Teen Wolf Season 3 debuted on MTV at 10PM EDT on June 3, 2013 and scored the highest ratings of the series up to that point.

The season was divided into two, different storylines each running 12 episodes. The first 12 episodes were completed between December 2012 and May 2013 and aired over the summer.

Jeff Davis remains Executive Producer and Head Writer of the show. MTV's order of 24 episodes for Season 3 is double the 12 episode orders seen for Season 1 and Season 2.

After receiving tax credits from the State of California, production moved from Atlanta, Georgia to Los Angeles, California.

In addition to the tax credits, which will reduce the cost per episode, the move is also more convenient for most of the cast and writers as they live in Los Angeles full time.

The change in location meant a number of changes to the sets.

Most of the interiors are shot on a sound stage meaning those sets could be shipped whole to the new Teen Wolf Studio in Northridge, California.

A significant new interior set, Derek's Loft, was designed and built on site.

Fort MacArthur, a former military base in San Pedro, was used toward the end of the Season 3(b) shoot and they returned to the LA Arts District for some work inside abandoned warehouses.

They also shot inside the Los Angeles Police Museum in Highland Park.

Production shut down May 9, 2013 for a three month hiatus.

Production on the final 12 episodes of the season began on July 29, 2013 with principle photography ending on December 19, 2013.

We have details and photos from the set at our Behind the Scenes page.

Starting with Season 3(b), MTV will present Wolf Watch. The pre-recorded half-hour chat show will follow the initial broadcast of each episode.

Jill Wagner will host the show which will feature cast members, celebrity fans, and others related to the show.

In pre-publicity, MTV Official said it would be similar to Talking Dead, which follows new episodes of The Walking Dead. However, unlike that show, Wolf Watch is pre-recorded weeks in advance of airing. 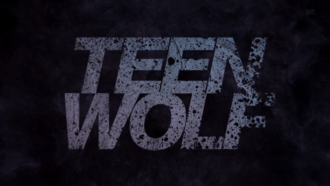 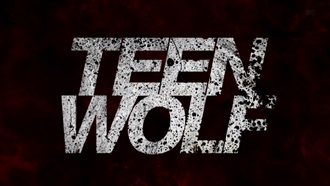 The plot in Season 3 picks up four months after the events of the Season 2 finale, at the beginning of Scott McCall's junior year of high school.

Show Creator Jeff Davis explains that the gap was designed to allow the characters to recover from the events of Season 2, to allow them to get back to being normal teenagers again before the next supernatural threat manifests.

Cliffhanger elements from Season 2, namely the fates of Boyd and Erica as well as the arrival of the new "Alpha Pack", are resolved.

The Season 3(a) story arc focuses on The Alpha Pack's plans for Derek and Scott and a mysterious killer (Darach) that used a dark druid ritual to murder several students, teachers, and others.

The second half story picks up a few weeks after the events of Lunar Ellipse.

While Scott struggles to find his place as an Alpha, he, Allison and Stiles begin to experience strange side effects as a result of reigniting the power within Beacon Hills. They soon discover that the answer to their problems may be found in a new student named Kira, a girl with remarkable powers of her own.

While the production slightly altered the opening credits for the beginning of Season 3, the package was completely reworked for the winter premiere.

In the 8 months between the end of Season 2 and the debut of Season 3, Teen Wolf and MTV engaged with the audience through photo releases and videos from set as well as online “question and answer” sessions with Executive Producer Jeff Davis.

For more on the marketing push and to see the video releases prior to Season 3(a), visit Season 3: Marketing. After Season 3(a) ended in August, interaction with fans from Teen Wolf's official social media channels dried up. In September 2012 there were 22 posts to the Teen Wolf Official Tumblr - in September 2013 we saw only 8. There was only one set video released during the 3(b) hiatus, on November 11.

The First Trailer for Season 3(b) was released on December 11. 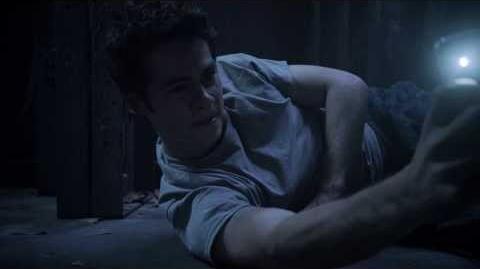 Teen Wolf used an online "GIF Puzzle" Game to release the video in four parts throughout the day.

More than 20 thousand fans played through the various parts of the puzzle to see the video three hours before it was released to the rest of the world.

All who played were entered into a contest to win a trip to the Teen Wolf Set in Los Angeles. The visit will come during filming of Season 4. The date is TBD.

On December 17th, a second trailer with some new scenes was released on tumblr. This was followed on December 18th with the release of a third trailer via the MTV Teen Wolf website.