Overall, with the changing entertainment landscape of cord cutting, streaming and an industry-wide decline in linear viewing, Season 4 was the least watched Teen Wolf Season with an average episode drawing just 1.61 million viewers.

After completing a marathon 24 episodes over 12 months, Teen Wolf Creator Jeff Davis requested that MTV cut the show back to a 12 episode 4th Season.

The first of 12 episodes began filming on February 19th at the Blue Cloud Movie Ranch in Santa Clarita, CA. The location's "town" was redressed as a Mexican village for the first episode.

Behind the scenes photos and information from the filming of Season 4 set are available on our Teen Wolf Behind the Scenes Page.

Details of the plot were released during MTV's Upfront presentation on April 24, 2014 when a brief synopsis of the season was released to reporters and potential sponsors.

Still healing from tragic losses, Scott, Stiles, Lydia, and Kira return to a new semester of school with more human worries than supernatural, while also trying to help their new friend, Malia, integrate back into society. But Kate Argent’s surprising resurrection brings a new threat to Beacon Hills along with the emergence of another mysterious enemy known simply as The Benefactor. 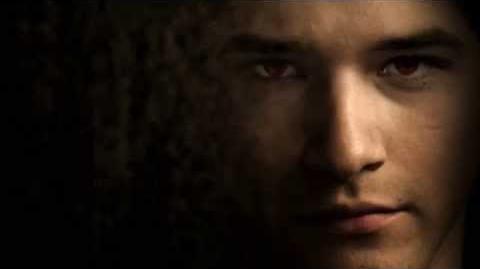 Allison Argent has been removed. Scott's portion has been changed slightly. The segment featuring Stiles is changed and extended. Kira and Malia were added to the opening credits.

The first "teaser trailer" for Season 4 was filmed on April 6, 2014 at Siren Studio on Sunset Boulevard in Los Angeles.

Teen Wolf Wiki News produced a "Behind the Scenes" look at the filming of the first teaser trailer.

The second "teaser trailer" incorporates footage from Season 3(b) and upcoming Season 4 episodes.

To see it, fans had to solve a sixteen word puzzle at a special website whoisthebenefactor.com. 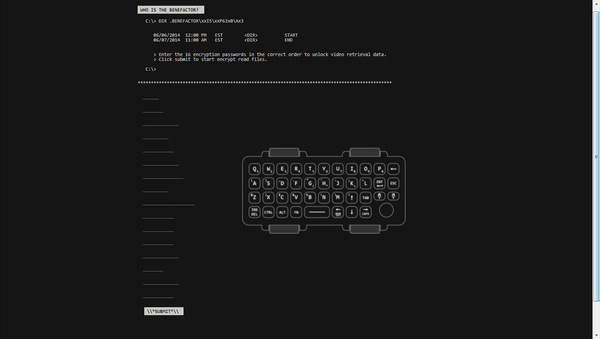 By the morning of June 7th, after 20 hours of trying, no one had solved the puzzle. MTV had to give away the answers and the correct order of the words before the first person was able to access the video.

The correct entries in order are: