Teen Wolf Season 5 debuted on Monday June 29, 2015 at 10pm on MTV. Telling a single story over 20 episodes, Season 5 was the most ambitious effort by the series to date and featured a darker, more violent tone with a focus on body horror.

While the season covered just one storyline, its non-linear nature and the month's-long hiatus between episodes 10 and 11 left some viewers confused as to what was happening when. Contemporary reviews suggest the season works better and is easier to follow as a streaming binge.

Tyler Posey said in July that production on Season 5 was set to begin "in December" but their hiatus was extended.

On December 27, 2014, Davis released an image of the script for episode #501 showing the title Creatures of the Night with the caption "Back at it."

In January, Teen Wolf Writer/Producer Eric Wallace reported that season will begin airing in June of 2015.

The production officially wrapped Episode 10 on May 29 with actors and crew on a short hiatus. Writers returned on June 15 to begin work on the second half of the season.

Production began on the second half of Season 5 on August 24, 2015 at Teen Wolf Headquarters in Northridge, California. Principal photography wrapped on December 18th. New episodes began airing on Tuesdays at 9 PM EST starting on January 5, 2016.

Just like Seasons 3 and 4, Season 5 was partially funded by the State of California through tax credits available to television productions.[2]

The funding required that Teen Wolf be filmed within the state of California and production on Season 5 had to begin during the state's fiscal year 2015.

According to their application to the state, producers expect to spend $46,317,491.00 over the 20 episodes. They will film during a 183 day period, employ 5160 stand-ins and extras and 130 crew members. 20 actors are considered "cast." This includes the regular characters, guest stars, and minor speaking roles.

Season 5 Behind the Scenes

Visit the Teen Wolf News Season 5 Behind the Scenes page for bts images an video from set.

Season 5 is shown as a series of flashbacks revealed during an interview between Dr. Valack and Lydia Martin as he struggles to help her remember what happened leading up to a final confrontation between her friends and the The Dread Doctors.

“On the eve of Senior Year, Scott and his friends find themselves facing the possibility of a future without each other, a next phase of their lives that might take them in different directions despite their best intentions. Little do they know that outside forces are already plotting to break the pack apart long before they ever see graduation. New villains that use a combination of science and the supernatural for a malevolent and mysterious purpose that will eventually pit Scott and his friends against their greatest enemy yet.”

On April 12, 2015 - MTV released the first tease/promo for Teen Wolf Season 5. It includes mention of a new group of villains known only as "The Doctors."

On May 21, 2015 - MTV released a trailer for Season 5 featuring most of the core cast and some newcomers.

On June 15, 2015 - MTV released the first six minutes of Creatures of the Night. 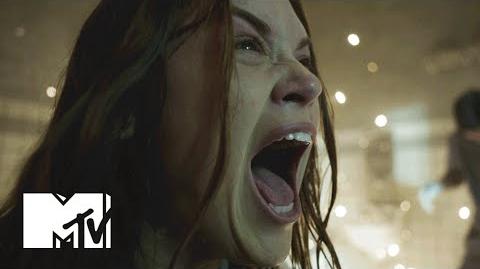 On June 19, 2015 - MTV released another trailer with footage from the upcoming season. 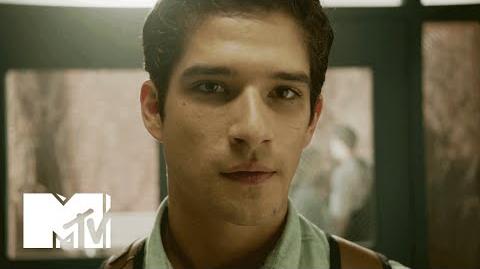 On October 9, 2015, during the Teen Wolf panel at New York Comic Con, MTV released the first promo for Season 5 Part 2.

On December 2, 2015 MTV released the third promotion video for Season 5 Part 2. It is entitled "Hope."

On December 30, 2015 MTV released a five minute scene. While it was widely reported to be the first five minutes of The Last Chimera, it was actually a scene from Damnatio Memoriae.