Edit
watch 02:07
Spider-Man: No Way Home Trailer Dropped - The Loop
Do you like this video?
Play Sound

Tyler Lee Hoechlin is an American actor and baseball player who portrayed Derek Hale on MTV's Teen Wolf as a series regular from Season 1 to Season 4. He returned in 2017 for the final season.

Hoechlin was born on September 11, 1987 in Corona, California and attended Santiago High School.

He began acting professionally at the age of nine.

His performance in Road to Perdition as Michael Sullivan, Jr. gained him notoriety in the film industry. He won a Young Artist Award and Saturn Award for his performance.

Hoechlin's fame from Road to Perdition led to him getting the role of Martin Brewer in the hit show 7th Heaven in 2003 where he was nominated for a 2004 Teen Choice Award for Breakout Male Star.

Hoechlin's other television appearances include an episode of the ABC show Castle, CSI: Miami and Lincoln Heights.

He appeared in Richard Linklater’s film Everybody Wants Some! You can also see him in the Fifty Shades of Grey franchise, Hall Pass and Solstice.

He returned to network television in 2016 as Superman in the CW series Supergirl for which he was nominated for a Saturn Award.

Hoechlin is also a baseball player. He began playing at the age of seven and previously played infield for Arizona State University and the Battle Creek Bombers of the Northwoods League. In 2008, he played infield for the UC Irvine Anteaters.

Hoechlin gave up his baseball career to star in Teen Wolf. 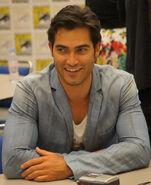 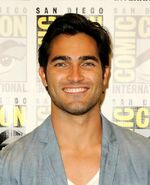 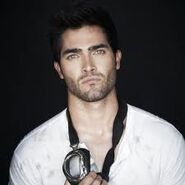